UFO’s shaped like a Tic Tac is a real thing

Multiple pilots have seen these UFO’s daily, reporting that they can move at 70 knots underwater, quickly hover over the ocean, and seen to accelerate to Mach 6 within a second in to the high atmosphere without any visible means of propulsion.  Radar operators have also seen them drop from 28,000 feet to the ocean within 0.78 of a second.

Some videos were leaked in 2007, but only recently has the Pentagon publicly stated that these are real, and the pilots who have seen them are starting to talk about it.

In 2004 a number of F/A-18 Super Hornets had their radar upgraded (to AN/APG-79) and started seeing unexplained objects.  For a while they though it was some kind of glitches with the new hardware, but wasn’t until they confirmed the objects visually was when they become more concerned.  These objects were seen almost daily by many of the pilots.

Pilots from VFA-41 squadron from the USS Nimitz, were directed by the USS Princeton to intercept one of several unidentified flying objects detected by radar. The pilots reported a visual encounter and recorded the infrared video. Commander David Fravor (retired US Navy pilot) came out as one these pilots in 2017 and later spoke about it with Joe Rogan.   Lt. Cmdr. Jim Slaight and Lt. Cmdr. Alex Dietrich was also on the same mission.

From June 2014 to Mar 2015 multiple UFO radar-visual encounters by Navy pilots from the VFA-11 squadron over a period of nine months, two of the videos were leaked.  Out of around 60 pilots who have seen the UFOs, five have gone public about their sightings; two of them being Lieutenants Ryan Graves and Danny Accoin.

An internal Navy group investigating the UFOs called ‘Advanced Aerospace Threat Identification Program’ (AATIP) stated that it has not yet identified the nature of the sightings and is still classed as unexplained aerial phenomena (UAP).  They have 144 separate reports of UAPs between 2004 and 2021, 11 of them were near misses. 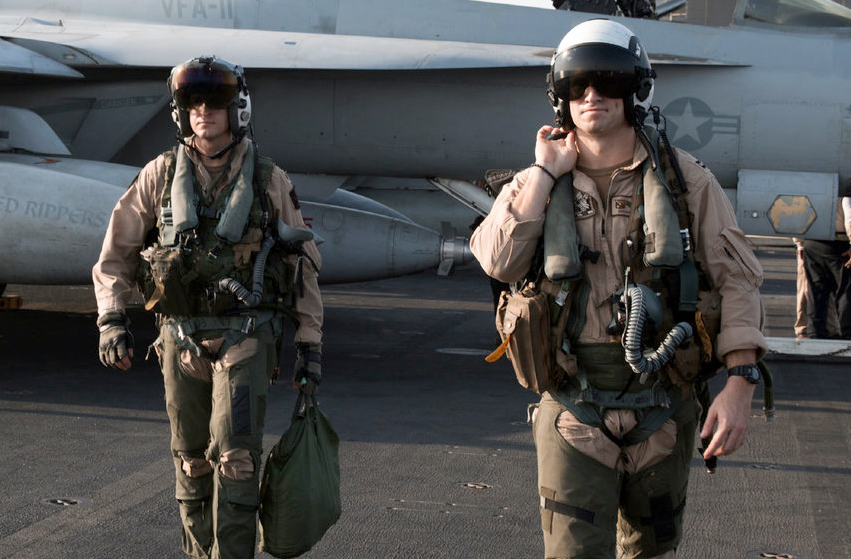 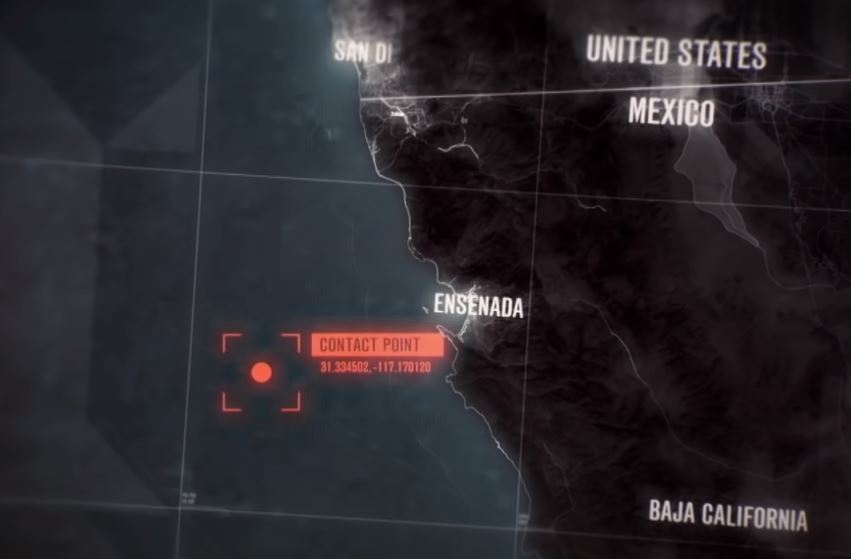 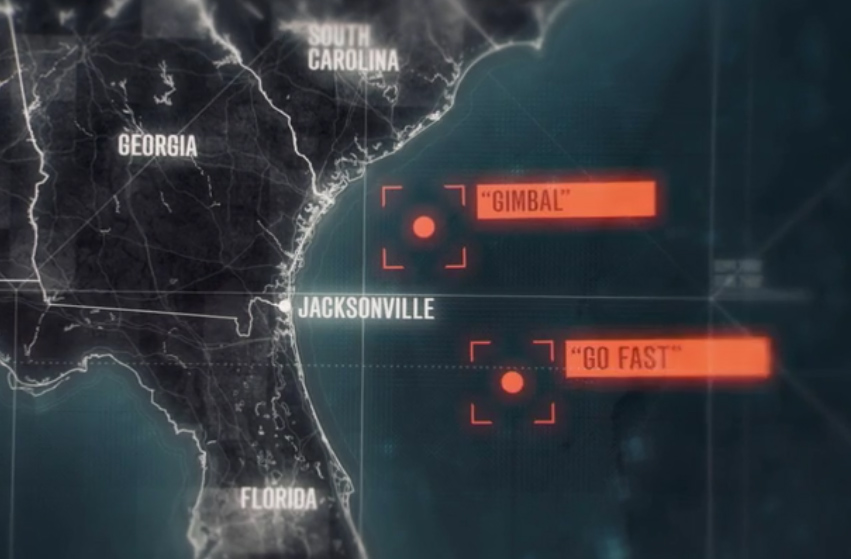 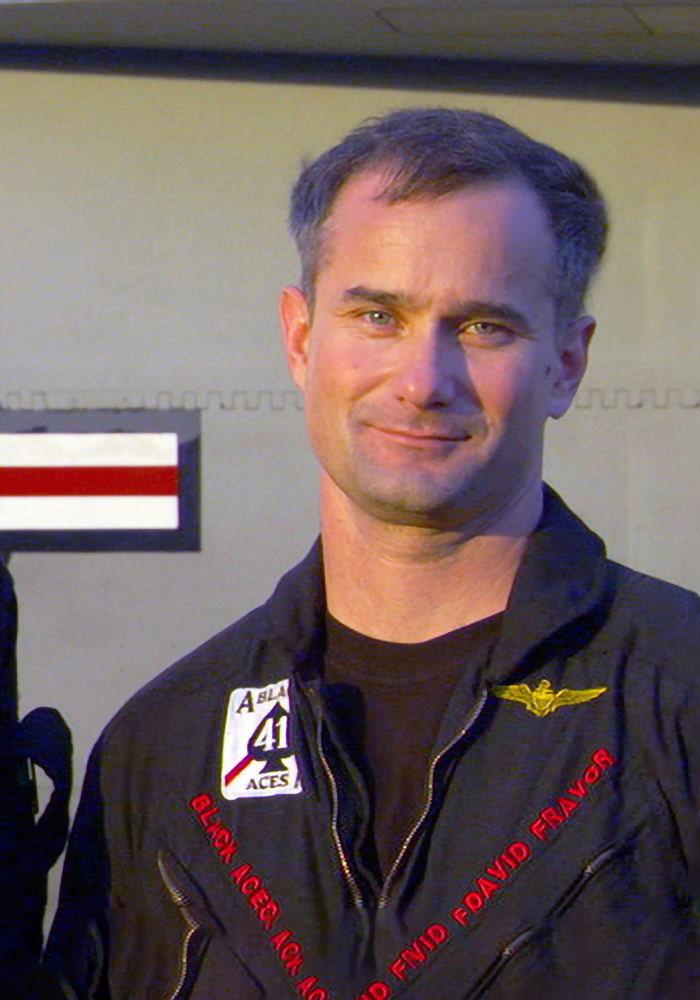 A Navy Pilot of 18 years, Cmdr. Dave Fravor  VFA-41 was the pilot of ‘FastEagle 01’ when he first witnesses the UFO in 2004.  This pilot is one of the first people to go public about what he saw.  Contact with the UFO was about 30 miles of the West coast of America while working with the USS Nimitz Carrier Strike Group.

Pilot Lt. Cmdr. Alex Dietrich was Cmdr. Dave Fravor wingman when they encountered UFO in 2004.  They had been doing training with USS Nimitz Carrier Strike Group when they were ask to stop training and go and check out the anomaly that had appeared on radar.

Lt. Cmdr. Jim Slaight was with Cmdr. David Fravor on the same routine training mission 100 miles out into the Pacific off the coast of San Diego in the afternoon of November 2004.

Lt. Ryan Graves flying on the Americas East Coast in 2014 & 15.  They would see things after their aircraft got their radar updated.  “These things would be out there all day”, they first though the radar was malfunctioning until they started seeing them up close.  Ryan is an F/A-18 Super Hornet pilot who has been with the Navy for 10 years.  He says he’s just one 1 of 60 other individual who have seen them, and has reported his sightings to the Navy, Pentagon and Congress.

The first time, after picking up the object on his radar, he set his plane to merge with it, flying 1,000 feet below it. He said he should have been able to see it with his helmet camera, but could not, even though his radar told him it was there.

A few days later, Lieutenant Accoin said a training missile on his jet locked on the object and his infrared camera picked it up as well. “I knew I had it, I knew it was not a false hit”

Flight instructor Chad Underwood recorded the bizarre UFO which he named Tic Tac from his infrared camera on the left wing of his F/A-18 Super Hornet.  Chad has not really spoken publicly, doesnt want his name attached to ‘little green men’ but did with speak to Intelligencer.

US Navy Chief Master-at-Arms Sean Cahill, reported seeing a grouping of the objects in the sky from the ship’s deck during the same day Air Craft had witnessed it in 2004.  He was ask to go and have a look outside when unusual activity was seen on radar.  He said the “Tic Tac” object seemed to defy the laws of physics.

U.S. Navy Senior Chief Operations Specialist Kevin Day is radar operator of 20 years experience who was the first person who spotted the UFOs on his screen on 10th Nov 2004.  He says they were flying in groups of five to ten off of San Clemente Island, west of the San Diego coast. At an elevation of 28,000 feet, moving at a speed of approximately 120 knots (138mph/222kph), the clusters were too high to be birds, too slow to be conventional aircraft, and were not traveling on any established flight path.

Gary-Voorhis was another Radar Tech onboard the Radar ship in 2004, The Princeton.   When the UFOs first appeared they thought it was glitch and rebooted the radar system.  It was on the 4th day of these glitches was when they sent out pilots out to the locations.  They spent a few weeks trying to figure out what exactly they had seen.  Gary then says some people arrived on the ship by helicopter and ask him to give them all the recorded radar material and to erase any other evidence of the event.

Luis Elizondo isnt a pilot, but is a former military intelligence officer who ran the Defence Department unit.  He declassified the 3 videos before leaving his government job in 2017 and going public.  He says there has been a number of UFO events near the same locations.  He has since gathered classified information from insider military teams studying the UFOs, a lot of which he cant repeat in pubic.

Similar occurrences have been recorded in the same area in 2019…

This footage of radar data filmed was in the CIC (Combat Information Center) of the USS Omaha on July 15th 2019 in a warning area off San Diego by Visual Intelligence Personnel (VIPER team).