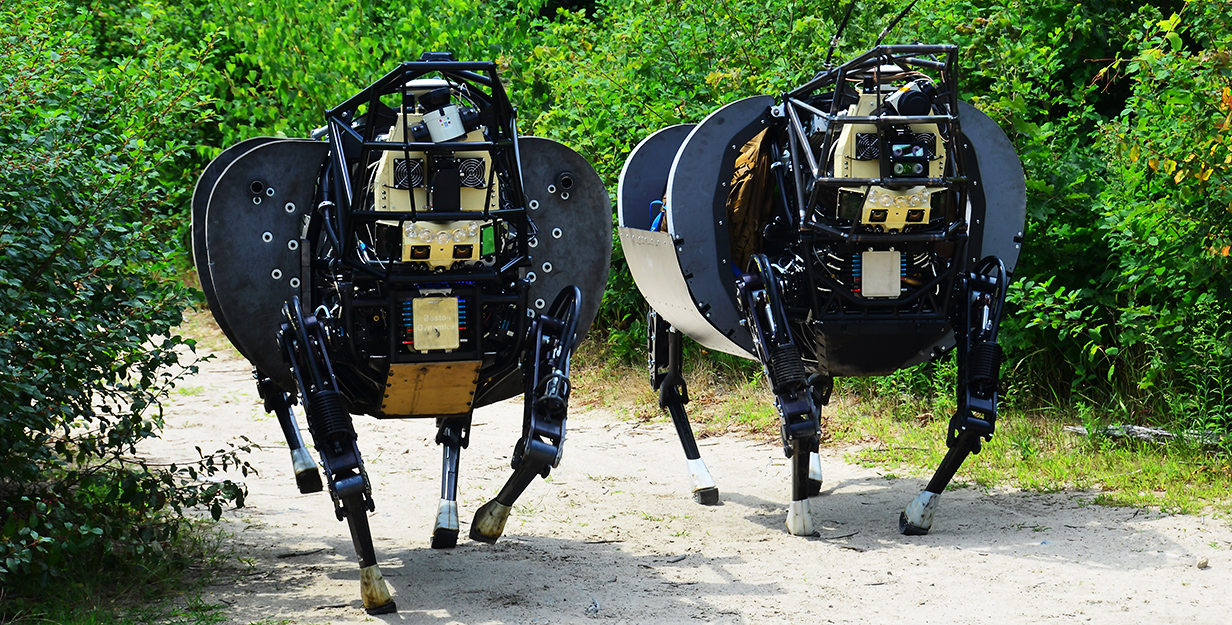 This video below covers the life, and technical specifications of ‘BigDog’. These robots are being developed by Boston Dynamics for a number of clients including DARPA.  BigDog is designed to accompany troops over long distances without constant refueling.

It walks over rubble, runs, climbs, sits and jumps! Using its visual system and 50 other sensors, its onboard computer balances, controls and navigates to wherever the target is set, including visually following moving targets. It cleverly tracks the terrain as to self navigate a safe route to its target. Communication and voice commands (with voice recognition) can be sent via a Wifi link, by visually signals, or manually controlling it over a 900 mhz hand held remote.

The 100kg prototype completed its first outdoor assessment back in Jan 2012, and will have ongoing development.

At the end of the video is a 16kg cinderblock being thrown 5 metres.