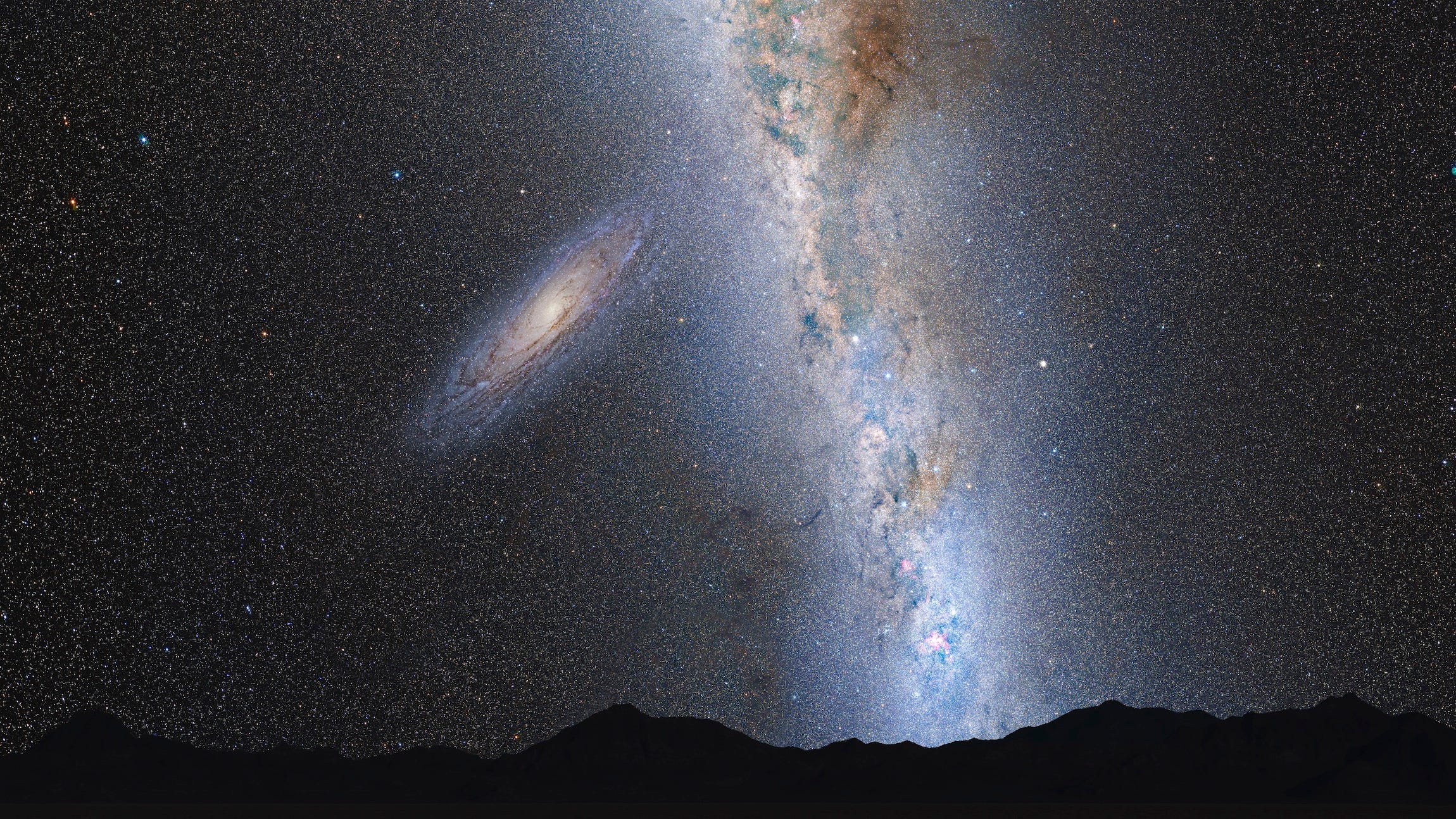 Our Galaxy will collide with the Andromeda Galaxy

Sebsworld » Space » Our Galaxy will collide with the Andromeda Galaxy

Our Galaxy, the Milky Way, will collide with the Andromeda galaxy

The two galaxies are moving at 402,000 kilometers per hour towards each other, but have another 2.5 million light-years to go before they collide, which will be in about 4 billion years time.

Because stars are fairly far apart, it’s likely only a small percentage of stars will be affected; it is very possible the collision won’t affect our own solar system, but by this time in the future our Earth would already be uninhabitable due to the Sun growing so much hotter.

Four images show how this will look from Earth’s view point..

A simulation that scientists put together using data from the Hubble Space Telescope..