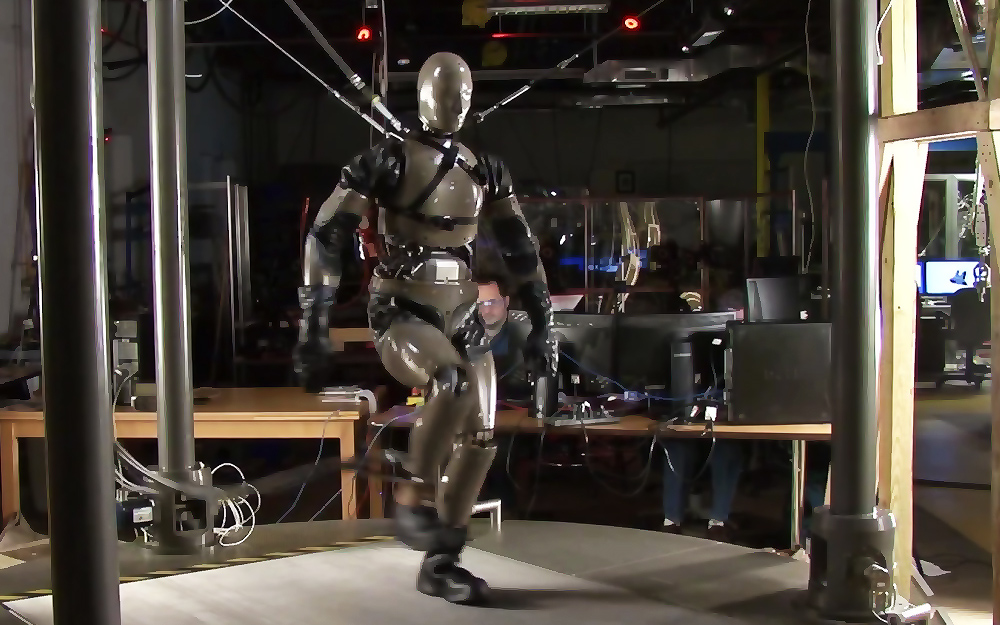 Apparently designed for testing chemical suits, but it can perform various tasks dynamically, such as search and rescue operations in fire, nuclear and other hazardous conditions, without human exposure.

In April 2009, the Defense Advanced Research Projects Agency (DARPA) awarded a $26.3m contract to the Midwest Research Institute (MRI) towards the development of IPE and the PETMAN. (U.S company working for the U.S. defense.)

The bipedal robot weighs about 80kg (180lb) and is nearly six feet tall (1.75m). Petman is the fastest bipedal robot in the world. It uses hydraulic actuation and articulated legs with shock absorbers for operations. The unveiled prototype has an onboard computer, several sensors and other internal monitoring systems. Its functions are currently operated through controls on tether.

Boston has developed the Robot in to quite the nimble beast..