Pertamina, has finally admitted (on Wednesday 4th April 2018) that its pipes used for transporting crude oil has ruptured polluting a very large area of water with millions of gallons of oil.  Its believe a barge may have hit the 20yr old pipe.

Five fisherman have been killed trying to clear the oil by burning it off the water’s surface.  700,000 people in Balikpapan have complained about health problems from the toxic slick which has now covered 60 kilometers of coastline.

It’s also killed an endangered Irrawaddy dolphin (orcaella brevirostris), a protected species, which was found washed up on the coast near the site of the spill. 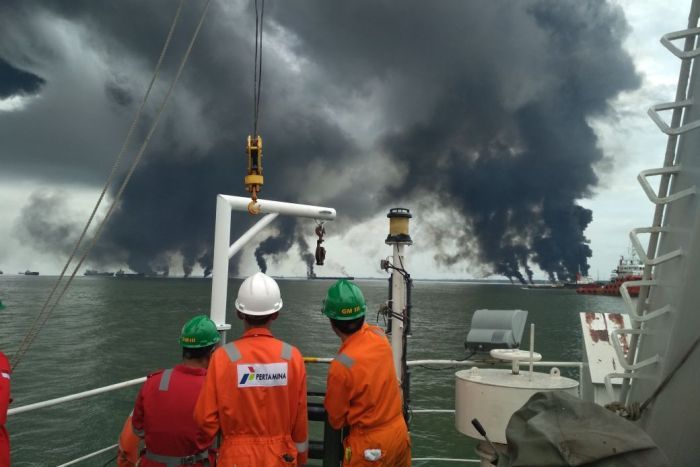